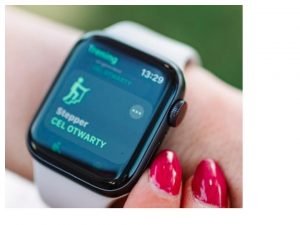 Alzheimer’s and other forms of dementia are progressive diseases where memory loss starts sometimes decades before symptoms appear. Most of the tests used to diagnose cognitive impairment are not sensitive enough to pick up the earliest signs of the disease. According to a recent article in the Wall Street Journal entitled, “Finding Early Clues of Dementia,” artificial intelligence (AI) shows promise as a tool to diagnose dementia earlier than is currently possible.

Supporters of Sharp Again Naturally are aware that the earlier a person with memory loss is treated, the higher the likelihood that dementia can be prevented, delayed, or potentially reversed.  Medical technology has been used in a variety of ways to support patients and their doctors, and AI is now being focused on dementia. Electronic devices such as smart phones, FitBits, Apple watches and iPads allow for the tracking of an individual’s daily activities, habits and movement. AI is able to take large amounts of data and track changes, including how quickly we perform tasks. 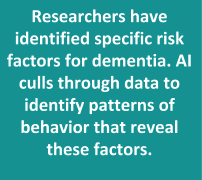 A 2020 study of the electronic medical records of 4330 patients (a total of 16000 medical visits) in the Kaiser Permanente Washington Health system used a model to identify 31 factors associated with cognitive decline such as walking gait, prescription refill patterns and emergency care use. AI flagged 1000 visits “that resulted in a dementia diagnosis, including nearly 500 in which the patient’s cognitive changes previously had gone undetected.” Other early signs detected by AI using phone data include slower speech patterns, slower typing speed, and changes in the number of messages sent and received.

Two years ago, another study used a combination of PET (Positron Emission Tomography) scans and AI to identify patients whose brains showed early and predictive signs of later dementia. Predictive accuracy was 92%, years before a clinical diagnosis would have been made.

Many questions and concerns remain unanswered including machine bias based on the programmer, which data has the greatest predictive value, and who has access to the data and when. However, it appears further research utilizing AI and imaging technology will enable clinicians to diagnose dementia at its earliest stages in the not-too distant future.