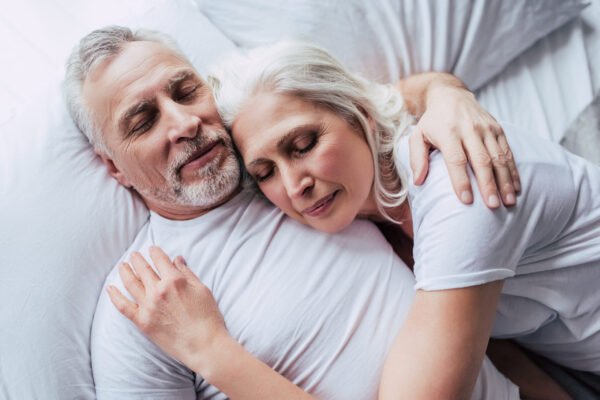 Most of us are aware by now that sleep is important, in both quality and quantity. It may once have been a badge of honor to get by on 4 or 5 hours a night, but we now know that sleep is essential for the brain and body to function optimally. Processes that occur during sleep reduce toxins and enable us to preserve memory. Sleeping 7 to 8 hours per night is considered ideal, and that need continues as we age, even if our sleep becomes more fragmented.

A lot can get in the way of a good night’s sleep. If we are stressed or anxious, we may not be able to fall asleep, or if we awaken during the night to use the bathroom, it may be hard to get back to sleep. Perhaps we had some wine or alcohol that helped us nod off, but then we find ourselves counting sheep at 3am. Some people who use electronic devices too close to bedtime also find it difficult to fall asleep.

Toxins and waste products are cleared from the brain during SWS or deep sleep. The brain undergoes a detoxification process where plaque and other debris are removed from the brain via the cerebrospinal fluid (CSF). In fact, during deep sleep, the brain enlarges the channels for CSF, making the job of detoxification easier. When SWS is disrupted, clearance of waste products is also disrupted, leaving behind higher levels of amyloid beta and tau proteins. These proteins can aggregate to form the plaques and tangles around brain cells which are associated with Alzheimer’s disease (AD).

Obstructive sleep apnea (OSA) is a common problem that disrupts sleep for adults and children. OSA involves the collapse or blockage of the airway which results in insufficient oxygen reaching the tissues of the body and brain, referred to as intermittent hypoxia. The brain then experiences repeated and frequent arousals, resulting in disturbed sleep or sleep fragmentation.

Cognitive impairment has always been a prominent risk factor for long-term OSA sufferers. Once commonly thought to be conditions exhibited by overweight men, snoring, mouth breathing and OSA are now being diagnosed in children. This is particularly concerning as a child’s developing prefrontal cortex is affected, leading to learning and behavioral issues. These same conditions affect the hippocampus in men and post-menopausal women, and if left untreated, OSA and sleep fragmentation increase the odds of developing dementia.

UCLA researchers found increased permeability of the blood-brain-barrier (BBB) in subjects with OSA.5 Why this happens is not fully understood. Previous studies have shown that reduced oxygen and high blood pressure can damage the BBB, which in turn can injure brain tissue. This breakdown of the BBB contributes to cognitive impairment by allowing harmful bacteria, infections and chemicals into the brain, all of which can cause systemic inflammation in the body.

Individuals with OSA may also develop increased permeability of the gut (known as “leaky gut”) which can lead to inflammation throughout the body. This type of systemic inflammation can cause the brain to become inflamed, leading to Alzheimer’s disease. Inflammation is reflected in elevated blood levels of high sensitivity C-Reactive Protein (hsCRP), Il-6 and TNF-alpha. Researchers advise patients to seek help in identifying the underlying causes of inflammation, and to have it treated promptly.

Diagnosis and Treatment for OSA and Sleep Problems
Sleep disordered breathing and obstructive sleep apnea should be recognized as early in life as possible. Often, a parent, partner or spouse will hear snoringor gasping for air during the night. Diagnosis can be made with either a home sleep test or an overnightpolysomnogram. As a first step, if you suspect there is a problem, there are several apps that track sleep and arousals, and some also make a recording of your sleep during the night. Some apps may work best with iOS or Android; you can try some of the more commonly used ones such as SleepScore, Pillow, and Sleep Cycle.

A continuous positive airway pressure (CPAP) device is a first line treatment for moderate to severe OSA and has been found to improve executive functioning skills, slow cognitive decline and improve mood.6 Mild to moderate cases of sleep disordered breathing can be successfully managed with oral devices or airway orthodontics to expand the airway and help reduce intermittent hypoxia.

To find a sleep specialist, consult the resources at the end of the Q&A section of this newsletter. If there is evidence of inflammation or other risk factors for dementia, see your physician or a functional medicine doctor who will be able to help identify where in the body inflammation exists and suggest ways of treating the underlying issues.

Dr. Michael Gelb, DDS, MS is an innovator in sleep apnea, painful TMJ / TMD disorders, and other head and neck pain disorders. A pioneer in AirwayCentric Dentistry, Dr. Gelb has studied breathing related sleep disorders (BRSD), specializing in how they relate to fatigue, focus, pain, and the effects all of these can have on a person’s life. He is a highly rated author and speaker on TMJ, sleep apnea, sleep disorders, and chronic headache treatments, and heads up the Gelb Center, a premier practice in New York City and White Plains, NY that addresses the needs of individuals suffering with these conditions.

3 Oxidative stress occurs when molecules called free radicals and antioxidants are out of balance. Too many free radicals can do damage to fatty tissue, DNA, and proteins in your body. The result is inflammation that can promote aging.

4 Endothelial dysfunction is a type of non-obstructive coronary artery disease (CAD) in which there are no heart artery blockages, but the large blood vessels on the heart’s surface constrict (narrow) instead of dilating (opening).