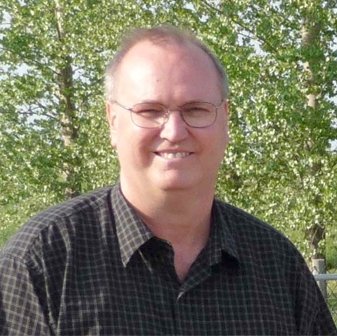 “I know that if I had not come across this information, I would have been diagnosed at the very least with arthritis and dementia, that I would be on several prescription medications, and that I would be pretty socially isolated.”

About eight years ago, when I was 52, I started feeling foggy, and had occasional lapses in memory. My wife, Mary, started to notice it, too, but I also have hearing issues so she thought that was the problem. My memory worsened very gradually over the years, and we lived with it, compensating as needed. I became less social. After about five years, it got to the point where we couldn’t keep making excuses or ignoring it. I had gone from doing our grocery shopping without a list, to going with a list, to having the list but not buying what was on it.

Mary went online to do some research, and we came across a website called Sharp Again Naturally (SAN) that talked about people treating the causes of their memory problems and getting well. SAN was giving a talk in Westchester, NY, and even though we lived upstate, we made the trip down.

Mary said, “It was the first time we ever heard there was something we might be able to do for Harold’s memory.” At the talk, we learned about 10 causes of dementia. A few months later, there was a weekend conference at the Omega Institute where Drs. Mark Hyman, David Perlmutter and Dale Bredesen, along with SAN, were speaking about a new approach for addressing dementia that included lifestyle changes as well as testing for inflammation-related conditions and environmental toxins. After listening to the program, we decided to try and find a doctor to work with, and a few months later, we found a Functional Medicine practitioner who had attended a training with Dr. Bredesen.

The doctor did some cognitive testing, and I didn’t do badly, but she explained that these tests rarely show the early stages of memory loss. Blood tests showed I had inflammation in my body and was deficient in certain nutrients. She advised me to address my nutrition and exercise deficiencies, especially as I’d had digestive issues for a long time and didn’t exercise much.

After one month, I had lost a little weight and my joints felt better. The doctor added some additional supplements like B12 and Omega 3 fatty acids, and increased my exercise from 15 to 30 minutes per day.

At my two-month appointment, my memory was much clearer, I could put thoughts together again and follow conversations. My diet had definitely improved, and I continued to lose weight.

After six months, I had lost 30 lbs. and felt the best I had in many years. My wife and I like to travel, which sometimes has caused me major digestive distress. But when we went to Japan around this time, I didn’t have as many problems.

Today, one year later, I know that if I had not come across this information, I would have been diagnosed at the very least with arthritis and dementia, that I would be on several prescription medications, and that I would be pretty socially isolated.

“While the doctor is digging deeper to get at the root causes of my remaining gut issues, I can honestly say that I am back to my old self. I was lucky to recognize that I had a memory problem early enough to get my mental and physical health back on track.”

I am also fortunate to have had my wife support me through this process, making sure I was eating the right foods, taking the right supplements, exercising and putting into practice the doctor’s recommendations. At times it wasn’t easy, and I was impatient, but my mind cleared relatively quickly. That made all the difference and is why I can tell this story today.