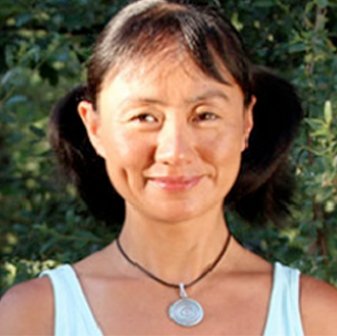 I am a 52-year-old internist who, after 18 years in conventional medicine, transformed my solo practice to focus on restorative and integrative medicine. Previously, I was dealing with 80 patients per week as well as hospital and nursing home patients. I felt rushed all the time, and yet I was advised by my peers to double my patient load to make a reasonable income. ​

I was young, strong, and—I thought—invincible until about ten years ago, when I started noticing an obvious decline in my intellectual function, energy, and short-term memory. I noticed a shift after a few seemingly insignificant head and neck injuries from biking accidents, although one caused a loss of consciousness. Those injuries, coupled with daily stress from running around between the hospital and my practice, seemed to compound my memory issues. I couldn’t read a one-page article, much less a book. I couldn’t remember which patients I saw on a given day and had to constantly write down clues and notes. I also developed brain fog and significant fatigue in the afternoon and other symptoms that I recognized as typical of thyroid, adrenal, and gender hormone dysfunction.

Such cognitive problems don’t run in my family at all: My grandmother lived until 96 and learned English at 86. My mother is 87 and still practicing cardiology today. I knew something wasn’t right and started looking around for answers.

I had the standard heart and lung function tests, all of which were normal. My search started bearing fruit, however, when I was working with an auto-immune patient who was unwilling to use pharmaceuticals and unable to use most supplements. I admitted I couldn’t help her and asked her to find someone else who could. If she found something that worked for her, I wanted her to come back and tell me about it.

In less than two months, she did just that! She had gone to a naturopathic doctor who had significantly improved her condition in two months. I called the naturopath and learned that he had diagnosed her with a pituitary gland disorder. He had given her a spray compound of amino acids, L-DOPA and acetylcholine to support her aging and stressed pituitary and had also put her on a cellular detox and immune modulation protocol. The combination had enabled her thyroid, adrenals, and immune system to recover to a naturally healthy state. He also shared information that was important to me personally: that head injuries can shut down the pituitary and, progressively, the rest of the endocrine system. Chronic stress can also compound these harmful effects.

I started researching traumatic brain injury-related brain atrophy, pituitary injury, hypothyroidism, endocrine disrupting chemicals, and neurotoxins. A full complement of hormone testing revealed that I had thyroid and pituitary damage and significantly low levels of human growth hormone, usually seen in 80-year-olds. I began a journey to heal myself as I was healing some of my most difficult patients. The amino acid/L-DOPA/acetylcholine blend that helped my auto-immune patient enabled my pituitary function to fully recover. For me, the detox process was fairly quick, since I am a longtime vegetarian and eat mainly organic food. Within three months, my short-term memory was completely recovered, and I was on a discovery mission! I started reading books and articles, and attending seminars that opened my eyes to new ways of practicing medicine—focusing on the root causes of illness and restoring health and vitality. I reconfigured my medical practice to be effective and satisfying in ways that support the very reasons why I entered the practice of medicine in the first place. Equally exciting, I discovered the joy of public speaking and putting together clear and fun workshops to share what I was learning and experiencing.

Ten years later, I seem to have created an even more functional, calm, laser sharp and creative brain—better even than when I was years younger! For this I credit four essential components of core vitality: effective neuroendocrine function, vital nutrition, detoxification, and immune balance.