Does Dementia Begin in Childhood? 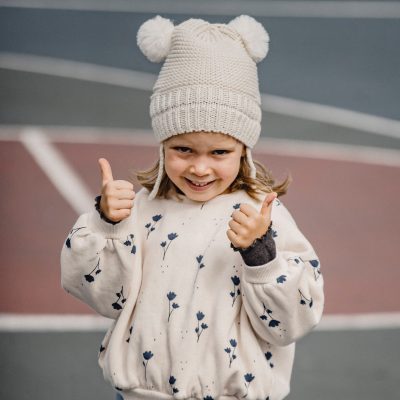 Dementia is considered an “old person’s” disease: half of all people age 85 and older develop some form of dementia. However, in 2020 Blue Cross Blue Shield reported a 373% spike in early-onset and Alzheimer’s cases among 30-44 year-olds.1 We are learning how the seeds of this disease may be sown much earlier in life, and dental professionals are in a unique position to help identify some of the major risk factors.

In the last four years, research has shown links between dementia and such things as air pollution; diets laden with sugar, simple carbs and fast food; hormonal imbalances; lack of exercise; social isolation; stress; gum disease and poor sleep.  As we know, most of these causes can be addressed.  And since 50% of all 85-year-olds will develop some form of dementia, it’s time to pay attention.

Individuals with memory loss often suffer from more than one cause, and the approach that seems to work best is not a single drug or intervention but instead, a multi-modal approach, posited and researched by Dr. Dale Bredesen of UCLA and the Buck Institute for Research on Aging.  In a 2014 study, 9 out of 10 people diagnosed with mild to moderate cognitive impairment regained their cognition, and six of those who had left their jobs were able to return to work.  Bredesen has identified several subtypes of Alzheimer’s disease, and in subsequent papers, his 2017 book The End of Alzheimer’s and an upcoming book, chronicles how these patients have regained cognitive function. What’s clear is that the earlier the intervention to address memory loss, the better the outcome.

The first phase of the Finnish Geriatric Intervention Study to Prevent Cognitive Impairment and Disability (FINGER) was conducted from 2009-2011, and assigned 1260 subjects to one of two groups. The first group was counseled on diet, performed aerobic and strength training exercises, was cognitively stimulated, and received vascular risk monitoring. The control group had two general medical visits. Those in the treatment group saw an increase in complex memory, executive functioning, and processing speed.  Most exciting, improvements were seen even in people who had the APoE4 gene, which predisposes them to dementia.

Children and even young adults may not feel the effects of poor eating and lifestyle habits. It’s like a new car: even if you don’t use the right gas or change the oil regularly, it functions pretty well. At some point, though, the car starts to make noises, lights go on, and it may be hard to get it back in shape.  Like this car, dementia develops in people over time, often decades.

+ We add to this list as research becomes available.
*Causes relating to lifestyle and environmental exposure.

Because it’s much easier to prevent memory loss than reverse it, being aware of the causes and treating them can help preserve cognition. Here is a brief description of the causes that can and should be addressed early and throughout life. For more information on each, go to sharpagain.org.

Nutrition (including supplements) is comprised of everything from what we put in our mouths to digestion and the health of the gut microbiome—which we are learning more about every day.  What we eat as children becomes habitual and is associated with emotions and comfort, so good nutrition is important to give kids the best start in life.

A diet of sugar and simple carbs like white rice, pasta, and potatoes often leads to insulin resistance as we age, which is why Alzheimer’s is sometimes known as “diabetes of the brain.”  Dentists know these same foods affect the health of the gums and teeth, and the development of facial structure.

Toxins are part of our world and are everywhere. We ingest pesticides and food colorings in our food, inhale pollutants in the air, and absorb chemicals when applying creams and lotions.  Add up the multiple exposures every day over decades—what we call “a toxic body burden”—and the body simply reaches a point where it can no longer stay healthy and starts to exhibit symptoms that include memory loss.

Another toxin we can’t see or often feel, but are bombarded by every day is Electromagnetic Frequency (EMF) from computers, cellphones, Apple watches, Fitbits and “smart” appliances and electronics.   EMFs impact the functioning of our cells.  Research is ongoing, with studies showing some connections to problems like insomnia, headaches, and dehydration, and possible links to a myriad of diseases and medical issues.

Heavy metals, like mercury and lead, are neurotoxic.  Some individuals are more sensitive to these metals and may not be able to easily detoxify or rid the body of them.  Sources of methyl mercury may include drinking water, air pollutants, and large “steak” fish such as tuna, swordfish and shark. Exposure to elemental mercury can come from breathing in mercury vapor, including small amounts from silver amalgam fillings.  We need to take precautions so that children are not being exposed to these metals beyond safe levels.

Inflammation is our body’s response to foreign invaders or injury. Our immune system gets activated and the injury and the injury usually resolves quickly, especially in kids.  However, when inflammation is caused by Lyme’s Disease, mold, an underlying infection, or hard to treat viruses, it can linger and become systemic.  Oral infections, too, can be hard to detect, and if not addressed, create inflammation. When the body is inflamed, the brain can become inflamed too.

Lifestyle factors like exercise, social interaction and mental stimulation, are critical for brain health.  Exercise keeps bodies of all ages toned, limber and agile. It also improves balance; helps us manage stress; and keeps our dispositions more positive.  When children have fewer physical education classes, and spend too much time on electronics, they get used to a sedentary lifestyle and develop the associated health risks.

Stress can be motivating and productive in short bursts.  However, unremitting, prolonged stress which produces high levels of cortisol and adrenaline in the body, adversely affects the brain and our sense of well-being.  Kids are experiencing greater anxiety and stress than ever before.

Sleep plays a vital role in consolidating memory, fostering creativity and insight, and regulating emotion.  It is during deep sleep that the brain detoxifies, getting rid of cellular debris and amyloid plaque. Kids need a lot of sleep as their brains continue to learn and develop, and adults of all ages continue to need 7-8 hours a night for optimal cognition. Sleep can be disrupted by stress, too much screen time, poor diets, and airway issues. No matter what the cause, poor sleep can lead to memory problems and ultimately, to dementia.

Teachers are seeing the effects of sleep and breathing problems in students’ learning and behavior.  The causes are varied and include asthma, allergies, anxiety, and a narrowed airway.  Sleep disordered breathing (SDB) in childhood is associated with neurocognitive issues and “acute brain changes.”   Children with SDB often develop sleep apnea, both of which prevent the body from getting adequate deep sleep.

There is a genetic component to dementia, and research is showing that the kinds of interventions discussed above can significantly delay, if not prevent, memory loss in those with the APoE4 gene.  Higher education, healthy habits and an active lifestyle are extremely powerful in keeping memory loss at bay.

As parents, practitioners and role models, we can help children maintain optimum brain health by establishing and reinforcing good habits.  This includes educating both children and parents, setting a good example, and referring kids to the appropriate professionals when necessary.

We know that changes in the brain occur all throughout our lives. You and your staff can be a critical partner in making sure patients and their parents understand the risks for dementia that begin in childhood, so they reach old age with their cognition intact.