Home | News & Resources | Are You Among the “Worried Well?”

Are You Among the “Worried Well?” 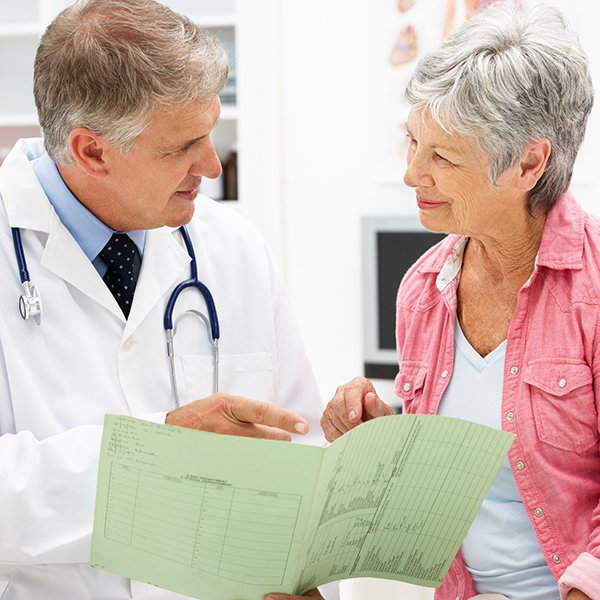 Do you walk into a room and can’t remember why you are there?  Are you forgetting the names of familiar people?  As we age, most of us have these “senior moments,” but for some, forgetfulness has become all too commonplace.

Unfortunately, the statistics show there is good reason to be concerned.  Alzheimer’s Disease accounts for about 70% of all dementia, and 5.8 million people have received that diagnosis in the US alone.  According to the Centers for Disease Control, by age 65, Americans have a 10-14% chance of developing Alzheimer’s Disease (rates vary by demographics), and by age 85, that number increases to almost 35% (National Institute on Aging). Take into account other types of dementia and the numbers are even higher.

You may have seen firsthand a parent or relative who suffered with dementia, and it’s likely they delayed telling their family and friends because they were told by doctors that nothing that could be done—no pill or treatment existed to slow or reverse the course of the disease.   It was wise to “hide” because what loomed ahead was a terrifying journey that slowly took them farther away from everyone and everything they knew and loved.

Contrary to what we have come to believe, dementia is NOT a natural part of aging.  So, we have to wonder why cognitive impairment has become so common in the last 30 years.  What is causing our brains to fail?

It’s not a simple answer, as our brains are being affected by diet, lifestyles and the world around us.  From the food we eat to the furnishings in our homes to environmental pollution, thousands of chemicals and heavy metals are inhaled or absorbed into the body every day.  Stress, hormones, infections and prescription drugs can also play a role. In addition, many of us live a sedentary lifestyle without adequate exercise, preventing the brain from getting enough oxygen.  Couple that with not enough good quality sleep, and the brain is unable to detoxify at night, ridding itself of the plaques that build up and contribute to Alzheimer’s disease.

Understanding these and other contributing factors to memory impairment gives us hope that memory loss, and even dementia, can be prevented and treated.

Recent research and anecdotal evidence are showing that cognitive function can often be restored depending on the cause and early intervention.  Dr. Dale Bredesen, in his small but groundbreaking 2014 study in the journal Aging1, reported a dramatic 90% success rate in restoring those with mild to moderate cognitive impairment using a multi-causal, multi-therapeutic approach.  After a broad array of testing, study participants were supported through dietary, lifestyle and other interventions using primarily holistic approaches.

All those in Dr. Bredesen’s initial study who had stopped working due to their memory loss were able to return to work, and results have been sustained. Over the past three years, many more people have been treated with exciting results; Dr. Bredesen has identified different types of Alzheimer’s disease based on symptoms and clinical testing, and has targeted a treatment plan for each type.

What we are learning is that cognition has the best chance of being restored if treated soon after symptoms are recognized, and all possible causes are evaluated and treated.

A clinical trial conducted in Finland between 2009 and 2011, known as the Finnish Geriatric Intervention Study to Prevent Cognitive Impairment and Disability (FINGER), showed that diet, exercise, social interaction and mental stimulation could significantly improve memory and delay cognitive issues, even in those with a genetic predisposition to dementia2.  While the study, reported in the April, 2017 issue of Scientific American, does not guarantee that these practices can prevent dementia altogether, the study is being extended for seven years to further study the effects of these interventions.  The study concluded, “The take-home message from FINGER is that it may never be too early to take measures to prevent Alzheimer’s—and fortunately, it may never be too late, either: changes to the way one lives seem to help some people even after cognitive decline has already begun.”

One other important idea about our brain health is that the brain, like all of our organs, can be monitored and checked over the course of our lives.  A variety of diagnostics, from an eye exam that shows plaque in the blood vessels, to inflammation markers in the blood such as elevated levels of C-reactive protein, homocysteine, HDL, and blood glucose, all reflect that there may be an underlying issue.  Inflammation in the body very often translates to inflammation in the brain, decades before memory issues occur.

So, if you are among the “worried well,” know that there is much that each of us can do to keep our bodies and brains healthy, regardless of whether we have a family history of dementia.  Here are some questions to ask yourself, and if you have an issue, talk to your doctor or work with a health coach.

Even small steps–better diet and lifestyle decisions, improved sleep, managed stress, and regular checkups to test for chronic disease, hormonal imbalances and inflammation–can make a big difference to living a life with our minds fully intact.