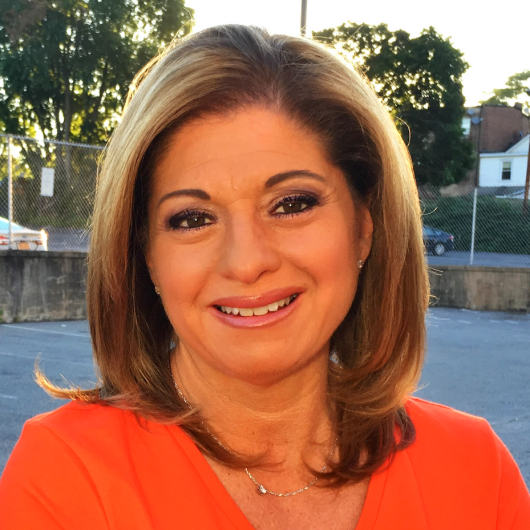 Lisa LaRocca is an EMMY award winning reporter for News 12 Westchester. She grew up in Westchester and is still proud to call it home. For years, she’s been helping folks across the Hudson Valley get all the news they need to start their day on The Morning Edition.

Before joining News 12, Lisa worked behind-the-scenes for a number of nationally syndicated programs involving the late Regis Philbin and Kathie Lee Gifford, as well as Joan Lunden. She joined News 12 Long Island as a reporter, then moved back home to Westchester to become a reporter and anchor for News 12 Westchester/Hudson Valley. Since then, Lisa has reported on major breaking events, provided health reports on the latest medical procedures, and of course, viewers can always count on her to stand outside during snow and rain storms for hours to give updates on severe weather conditions.

Lisa has received numerous awards for her work including The New York EMMY Award, The Edward R. Murrow Award, The Associated Press Award, The New York Press Club Award, and The Telly Award. She has been honored by the Society of Professional Journalists and the New York Chapter of Black Journalists. A tireless supporter of nonprofit causes, Lisa gives her time to many groups throughout the Hudson Valley and has received numerous awards and honors from various Hudson Valley organizations for her community work.

Lisa is a graduate of Ashland University in Ashland, Ohio and currently lives in her hometown of Harrison with her husband, John Martin.